Our water supply was from a well for drinking purpose, and a large cistern and rain barrels for washing. The cistern was sunk in the ground, the top being slightly above the ground level. It was boarded over, and had a small lid in the centre that lifted off when water was required. I remember on one occasion when dipping up a pail of water, I found the body of a skunk floating. I lifted it out and took it to the end of the garden to bury later on. The lid of the cistern had not been replaced properly and acted as a trap. It all taught us all a lesson as it might have been a child instead. We were without soft water for some time, except from the rain barrels on the other side of the house, while the cistern was being pumped out and cleaned.

Outside conveniences was the rule, we did not know about anything else, except in case of illness, when the “chamber” was used. This was also a part of the equipment in every bedroom.

On Hallowe’en many of these outhouses became portable, and were moved a few feet from their original site. A person going to visit one of them at night under these circumstances very often missed his step with dire results.

I can still visualize the circus posters and pictures pasted on the inside of these square houses. They served a double purpose, the first to keep out some of the cold, and the other for education of a kind. We did not have the luxury of toilet paper as of to-day, but it consisted of squares of newspapers cut to the required size, and after sufficient were cut, a nail was driven through one corner, and then hammered into the wall within proper reaching distance of the seat. Sometimes interesting bits of news were noticed on these strips of paper, and the reading of them provided additional relaxing moments.

The outhouses were all of the regulation two-hole type with a hinged drop cover over each. Of course there was a hook on the inside for the occupant to use, but there was also a wooden button on the outside to secure it when not in use. Sometimes that wooden button on the outside would be cautiously moved to the closed position while the house was in use, and then the indignant cries from the inside to be let out, and the dire results if the culprit was caught. There were quite a few broken buttons on the ground outside.

Furnaces were practically unknown in the average home. We had a coal burning self-feeder. I think it was named “Aetna” and made by the Gurney Company. The kitchen stove was a wood burner, but I don’t remember its name. It was a large stove and an excellent cooker. There was a reservoir at the back for holding water. This gave a supply of fairly warm water while the stove was in use. Ashes from the self-feeder were carefully sifted for reclaiming any unburned coal. This job as well as bringing in the coal and wood, also filling the pails with drinking water and water for washing, fell to the boy in the home.

Mother did all her own baking: bread twice a week, slap jacks almost every day, soda bread, potato cakes, and light fluffy buns as required. She used a “Hop” yeast for the bread, and this was sold by the wife of the toll-gate keeper at the corner of Scadding street and the Kingston Road. It was my duty to go regularly for this very necessary product. The covered tin can that I carried on these occasions was in our home until just a few years ago. 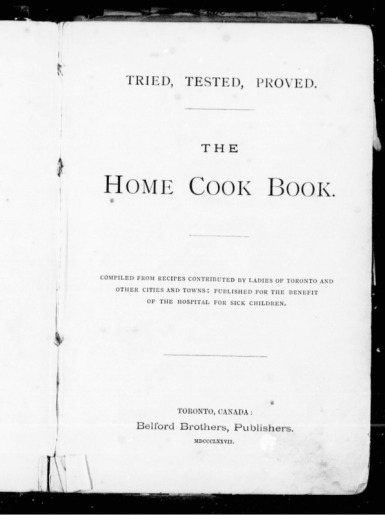 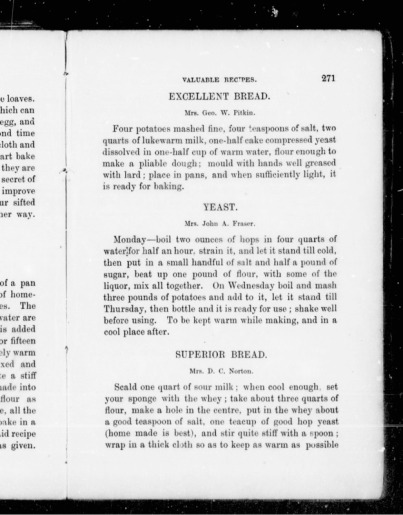 If company drove down from the city (horse and buggy), Mother was never ruffled or flustered. She would tell them just to make themselves at home, and my orders were to catch a couple of cockerels, kill them and bring them to her. She would pluck, singe and dress them and have them in the oven in a short time. Then, perhaps, she would make a batch of light fluffy biscuits, and with home-made pickles, jams or jelly, or fresh fruit from the garden, if in season, everyone would be satisfied. 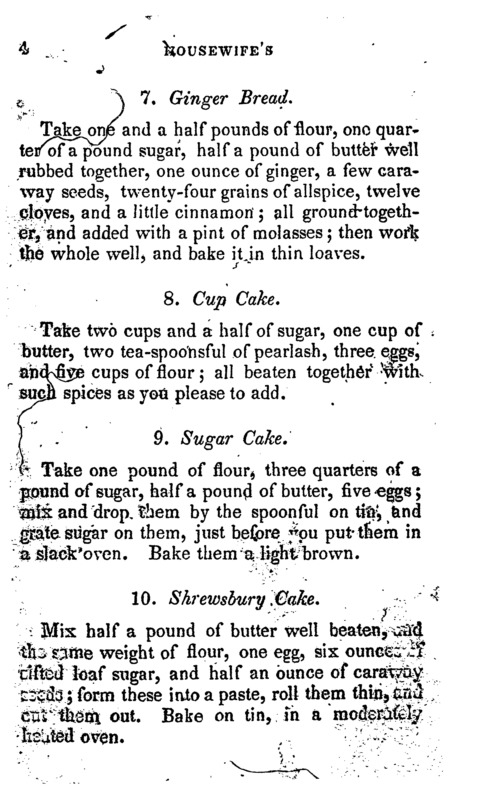 Cake recipes from the Frugal Housewife, 1840

There was no corner store at the time where one could buy a few extra slices of cooked meat, or potato salad – in fact such things were hardly thought of then. If it was in the heat of summer, the table was quite often moved to the garden under our apple tree, and supper served there.

I always enjoyed visitors coming down from the city, and one party in particular because they had a very pretty dark-eyed little girl, and she always received very special attention as far as I was concerned.

We had what was called a “Summer Kitchen”, which was really just a well-built shed with a brick chimney. Chairs, a table, pots and pans and the cook stove were moved out there, and this served as our kitchen during the heat of the summer until early in September. 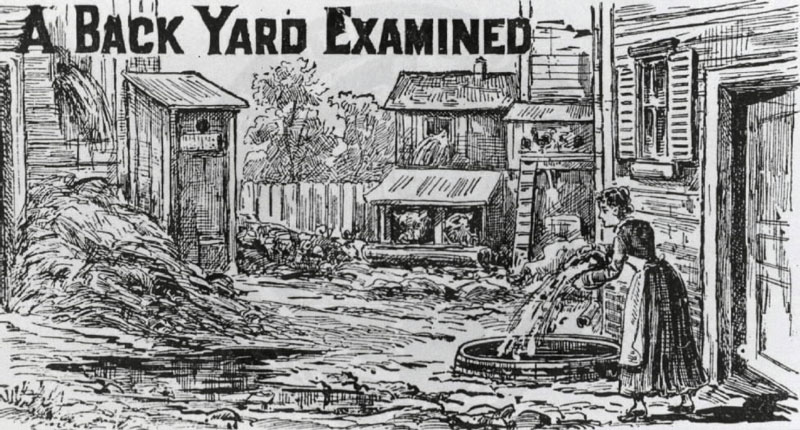