To the small boy the summer holidays were the paradise of the year.

Shoes and stockings could be discarded.

The old swimming hole in the Bay was again patronized.

Flat bottom scow boats were used for fishing over at the deep hole, and in going back and forth to the Island, or as it was called “the sandbar.” The lake was often too cold for swimming.

There were always a hundred things to be done in the long summer days.

The knife sharpener, with his stone wheel and bell, walking slowly along the street. 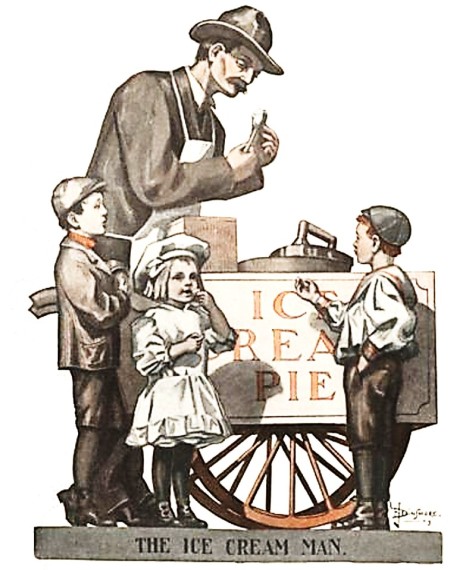 The ice cream man, selling a dip of ice cream for a cent, and then the ice man with his canvas-covered wagon, drawn by one or perhaps two horses delivering blocks of ice to the stores for refrigeration, and sometimes a good-sized chunk of ice would drop off the wagon. It was very soon picked up.

If you had a copper in your pocket, you could buy four “Bull’s eyes” candies or chocolate squares.

There were plenty of fields and vacant lots, mostly overgrown with weeds and sweet clover.

In the evening when the dew was on them, the perfume of the clover was a benediction in itself, and it was good to be alive.