This is the story of the Breckles family who came to Canada like so many others did in the early 1900s. Escaping high unemployment and poverty in the industrial cities of Britain, they hoped for better overseas. Toronto was a mecca for many, including the Breckles. Let me be clear here. I am not related to this family nor do I pretend to know intimate details about their lives. This is just the story that the public record tells and I include it because I found that it was interesting both because a Breckles family was one of the first to live on Coady Avenue and because it moved me.

So let the story begin.

When Anthony Breckles was born on January 31, 1854, in Tunbridge Hill, Kent, England, his father, Anthony, was 26 and his mother, Elizabeth, was 25. He spent his early years in Ipswich, Kent, but by the time he was seven the family had moved to Birmingham in the Midlands where his father worked as a laborer.

They lived in the Ladywood, a densely inhabited neighbourhood of it long straight streets of closely packed row housing. Behind the terraces back-to-back houses surrounded grimy courtyards with outdoor privys. Ladywood was to gain the reputation as the poorest place in the United Kingdom. High employment, squalor, deprivation, and high infant mortality were facts of life there. From time to time, cholera epidemics swept through.

By the time he was 17, Anthony Breckles was working as an iron moulder while his father worked as an engineer’s labourer. The family of nine lived in a back-to-back house behind Number 7 Chester Street. About forty men, women and children crammed into six narrow, dark houses and shared three outdoor toilets.

Anthony Breckles married Laura Lee on March 14, 1874 in St. Johns Church, Ladywood. He was 20 years old and worked in a blast furnace. He would spend all of his working life as an iron moulder. Laura Lee was from Hinckley in Leicestershire where my own mother was born. They were married in Ladywood. Their son Thomas William was born in October 17, 1874 in Ladywood. Mary “Minnie” 1876–1949 was born on May 1, 1876, in Ladywood. George was born in February 1880 in Bassingbourn, Cambridgeshire, England. Frederick James (1883-1918) was born on January 28, 1883, in Wednesbury, Staffordshire, eight miles northwest of Birmingham. In 1885 was born in Wednesbury followed by Walter 1888, Arthur 1890, and Lillian 1895 all in Wednesbury, Staffordshire, England. 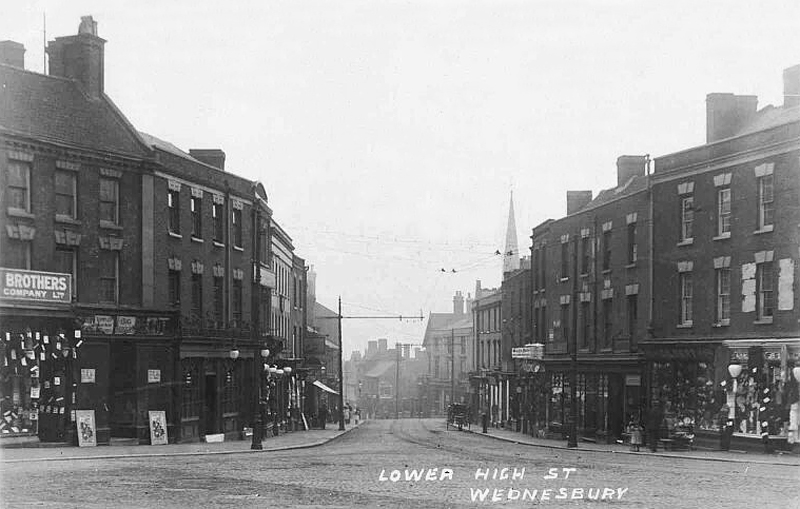 Anthony Breckles worked as an iron moulder at the enormous Patent Shaft steel works. Their home, 108 Church Hill, was a step up, still a terrace, but bigger and fronting a main road. In 1901 son Thomas was working as a gasfitter. The Breckles had seven more children. In 1901, they were still living in the same house and Anthony was still at the Patent Shaft works where he was joined by sons George and Frederick. George worked as a puddler while Fred was a laborer in the tube works. 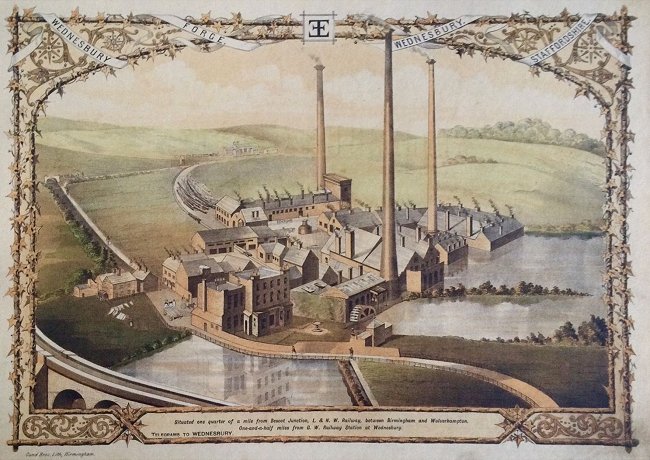 On April 29, 1903 Anthony Breckles and Laura Lee, both 49, and Walter (13), Arthur (11) and Lillian (9) boarded the S.S. Kensington of the Dominion Line, bound from Liverpool to Quebec. Anthony was ostensibly immigrating to Canada as a farmer, though he had never worked on the land. Farm labour was in demand in Canada so “farmer” he was. Their son Thomas William was already in Toronto, living at 148 Carlaw, just above Eastern Avenue and working as a butcher. He and brother Fred would open a retail butcher shop at 692 Queen Street East next to the Broadview Hotel around 1909. Anthony also became a butcher and worked in a shop on Gerrard Street East.

In September 1903 a Toronto court granted an injunction against the strikers of the Iron Moulders Union at the Canada Foundry. Anthony Breckles had attempted to prevent strike breakers from crossing the picket line at the plant on the west side of Lansdowne Avenue just north of the CP rail line. Globe, Sep 7, 1903.

In 1904 the family was living at 163 Pape Avenue. Anthony was still working as an iron moulder. Amy was working as a clerk. Arthur was an apprentice. Fred was a labourer.  George was a trackman for the Toronto Street Railway, the privately-owned streetcar company.  In 1910 Anthony Breckles was at 267 Booth Avenue.

Son Walter was still at home working as a tinsmith. In 1911 Frederick James Breckles lived at 1 Coady Avenue and working in the butcher shop at 692 Queen Street East. By this time his father was suffering the effects of diabetes.

By the time of the census in 1911, the Anthony Breckles and his family had moved to 106 Galt Avenue. Anthony was working as a labourer in a factory specializing in making wheels while sons Walter and Arthur were working as tinsmiths. All the men worked 50 hours a week. Anthony earned $450 a year while son Walter earned 500 and Arthur 550. Daughter Lillian worked at home as a dressmaker.

Anthony Breckles went into a diabetic coma and died on November 22, 1917, at 51 Belmont Street, Toronto, York, Ontario, at the age of 63, four years before Banting and Best discovered insulin. He lived long enough to see son Arthur marry Louise Powell on the 13th of June 1916 in a ceremony held at the Pape Avenue Baptist Church. Arthur was working in a munitions plant. He and his young bride lived at 62 Jones Avenue.